Tania just turned 15 a few weeks ago, she would have liked to have a “fifteen’s party” to celebrate with her friends and family. However, it is not the custom in her community to celebrate the 15th birthday, and his parents don’t have enough money to organize such a birthday party.

Tania attends school only on Mondays, Tuesdays and Fridays, because the other days she has to work selling food with a neighbor in the community of San Pablo. With the money Tania earns she helps with her family’s finances, and pays for a portion of her studies. Tania is an applied student. She is in the 2nd year of high school and has the dream of becoming a teacher. She has realized that in her community there are many young children who do not have access to education, and she wants to help them learn. 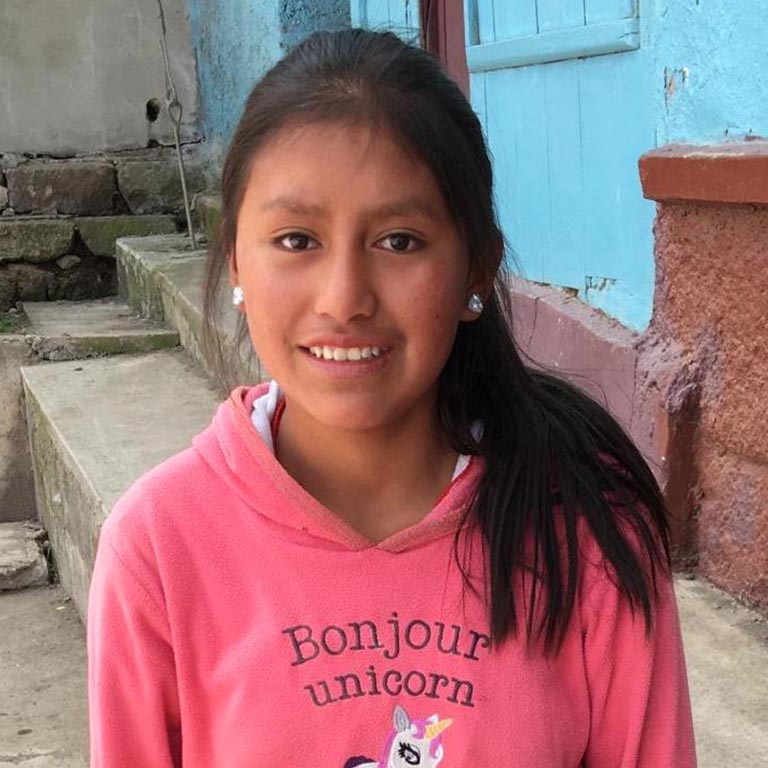